Stadler has started production of tri-mode Class 93 locomotives for Rail Operations UK and has completed the first body. The Class 93s will be the first tri-mode machines in Britain. Assembly of all the components and sub-systems will now follow at Stadler’s Valencia plant, and the first locomotive is set to arrive in Britain next March, entering service later in the year. Altogether 30 locomotives are on order. The 93s are a combination of the existing Class 68s and Class 88s. They have three power sources: 25kV AC, diesel and batteries.

A £3 million Metro bridge has been successfully installed in North Tyneside. The bridge will carry Tyne & Wear Metro services over Tanners Bank in North Shields, and the 70-tonne cast iron bridge deck was lowered into position on newly-installed concrete abutments using a 30m crane. The work is being carried out during a two-week line closure of the Metro between St James and Tynemouth. 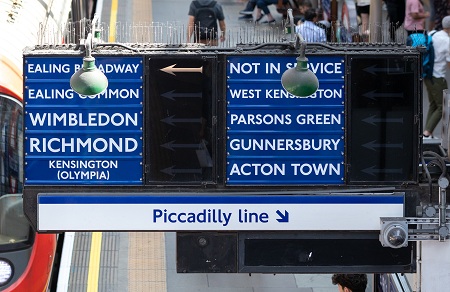 Vintage train describers have returned to the platforms of Earl’s Court District Line station, which is Grade II listed. First installed in 1905 when London’s District Railway was electrified, they have been renovated and given replica destination name plates, which are highlighted as required by an illuminated arrow. The indicators had been switched off while they were connected to a new signalling system. Modern information panels showing the destination and the number of minutes before the next train is due from each of the four platforms have also been installed.